Let Foothills Communications be your spokesperson getting your message out to the world. In whatever media you wish to advertise: the telephone directory, Local Channel 5 with still page ads, or Local Channel 40 with videos; advertising has never been so affordable or appealing. Don't let your business be the best kept secret in town. Start getting the recognition you [...]

Foothills is taking a step toward a Go Green Initiative. We are offering all customers who use both Paperless and Auto Bill Pay services a $1.00 discount each month off their bill. Utilizing Paperless billing by receiving an online statement, plus using Auto Bill Pay, means no more waiting for your bill to come via mail nor taking your precious time to [...]

Until the early 1950's, citizens of the rural areas of Johnson, Lawrence, and Magoffin Counties did not have a modern telephone system. Due to the foresight of some of the area citizens, Foothills Telephone Cooperative was incorporated on September 10, 1951. With this vision tuned to the people's needs in obtaining communication in their rural area, Foothills was formed. Since [...]

Foothills, in keeping with their dedication of bringing the latest telecommunication services to their area, and in partnership with Appalachian Wireless, offers a wireless service that gives nationwide calling with service connection agreements with all major wireless providers. With this winning combination, you can always remain within reach no matter where you roam.

Today, Foothills Telephone is still forging ahead as a leader in the telecommunication service. What began as a need for simple telephone service has today turned into a state-of-the-art network featuring advanced technology such as high-speed Internet and long distance service. The latest hi-tech solution that Foothills Broadband has brought to its area is Fiber To The Home (FTTH), which [...]

With this advanced telecommunications infrastructure in place, the sky is the limit as to what new and vital components Foothills can provide to its customers, the area, and the communities it serves. 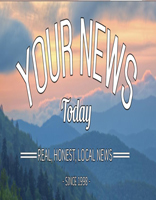 This agreement subscribes you to our WiFi@Home Service.

This document shows the procedure for configuring Parental Controls and Channel Blocking.

This document is the Channel 5 Advertising Contract.

This document is the Channel 40 Advertising Contract.